The Women’s Ashes was concluded on Wednesday when the two sides locked horns for the one last time at Bristol in the third T20. Apart from academic interest and an opportunity for England to redeem itself the match was a dead rubber.
Winning the toss and electing to bowl first, Australia reduced England to 139-5 in 20 overs. Lauren Winfield top scored with an unbeaten 26 and was supported well by Katherine Brunt (25 not out) helping England to post a respectable score on board. Jess Jonassen finished with the best figures for the visitors with 1-19 in her four overs.
Chasing 140, the Aussies were dwindled down for 122-8 in 20 overs falling short of 17 runs. Riding on Ellyse Perry’s unbeaten 60, the defending champions failed to chase down the target. England put up a solid performance with the ball, courtesy Katherine Brunt and Sophie Ecclestone, who picked up three wickets apiece.
The Women’s Ashes turned out to be a one-sided affair and the mighty Australians defended the Ashes yet again with the points table reading 12-4 in Australia’s favour. Australia won the ODI series 3-0, T20 series 2-1, and the one-off test ended in a draw. 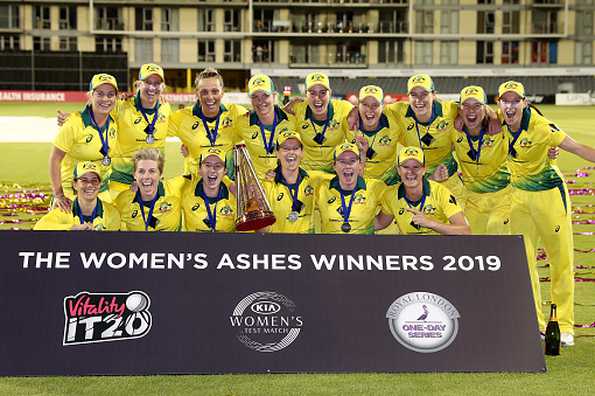 Juilie Ballal has represented Mumbai Women’s Team, She is also an IIT’ian