When a little kid starts studying, he/she joins playgroup, then nursery, than joins school which starts from 1st standard and then goes on to give the 10th ,12th and 15th board exams. You just can’t get there directly, right? You just can’t enroll yourself in 10th at the age of 10. You have to grind and go through numerous stages and standards to reach the boards.

Cricket is also one such game where you can’t directly don the Indian colors. It starts from school cricket, than inter school, than district level, than state level, than Ranji, then India A and then you finally get to represent your country. Most of the people consider that you are successful only if you reach to the national team but maximum of us have forgot that it takes a hell lot of hardwork, dedication and lot of intenseful cricket for years to even reach the Ranji level.

Thinking that only Indian National Cricketers are successful, its like you are directly appreciating your 10th standard results as if you directly got a chance to appear for Boards. You forgot that you studied and grinded hard for 9 years at 9 different standards to finally appear for 10th which shapes your career.

Most of the people in india are not even aware about the importance and the value of Ranji Cricket. It’s the core breeding ground for cricketers, it’s the platform where the talent either gets bruised or gets further polished and refined. It’s the platform where a player learns the nitty-gritties of cricket. Its the platform where you get a reality check! Most of us know that Sachin is the most successful cricketer in India but do we know Wasim Jaffer? Yes, he is more successful than Sachin in the domestic format. Jaffer has 51 first class hundreds and over 17,000 runs, isn’t that a result of a lot of hard work and dedication? But we tend to remember only what the media covers! 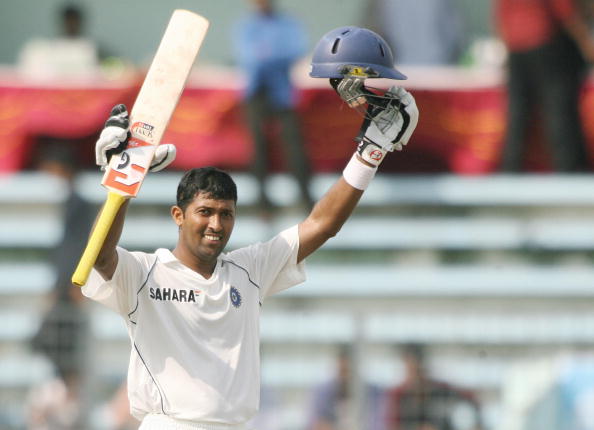 Jaffer is just one example, like him there are numerous under stated legends who actually shaped the benchmarks and developed respect for domestic cricket in India. Amol Muzumdar, a man with 30 first class hundreds and over 11,000 first class runs, but do we remember him as much as we do International cricketers? No.

Like Amol Muzumdar, like Jaffer there are so many legends you or I may not know because our generation has only been made to watch and enact the international stars. These players have literally been an idol at the domestic level, who have somehow shaped the local and domestic cricket. These players made the roots of the sport stronger but unfortunately our brains are wired in such a way that only a player who manages to play for India are considered to be stars or the most successful.

Being a cricket lover and a cricket journalist myself, I know how much hard work it goes even to reach the state level, forget about playing for India or India A. This players in fact work more harder than anybody as the competition is intense and everyone is out there to give their best. Ranji trophy which was started in 1934-35 and was named after the 1st Indian cricketer who played for India-‘Ranjitsinhji’

The tournament currently consists of 28 teams with 21 of the 29 states in India along with Delhi having atleast one representative team. Ranji was eventually launched as “The Cricket Championship of India” following a fruitful meeting by the BCCI in July 1934.

And yeah if you still don’t believe the aura, era, importance and value of reaching and playing in Ranji, ask any international cricketer right from Dravid, Gavaskar, Tendulkar, Laxman or Ganguly, they will tell you the importance of it as they have themselves not reached the national colors without grinding hard at the Ranji level.

Ranji is indeed the real school of Indian Cricket!

Article written by the same writer orignally and first for Sportsnasha.com