As the T20I tri-series among Australia, England and India looks evenly poised by the end of first round, a lot of fireworks are expected at the start of round two. On Friday, England and India locked horns against each other at Melbourne. Winning the toss and electing to field first, England restricted India to a paltry 123-6 in 20 overs. The English bowlers were extremely parsimonious as they refused to give away any freebies to the Women in Blue who seemed to be in all sorts of disarray. Apart from Smriti Mandhana (45) and Jemimah Rodrigues (23), none of the Indian batters looked comfortable against the strong English bowling attack. With more than 10 overs of dot balls, the Indians were found wanting. Anya Shrubsole (3-31) and Katherine Brunt (2-23) wrecked havoc with the ball as they managed to keep the Indians quiet.
Chasing a modest 124 was never going to be difficult for the power-packed English batting line-up. Natalie Sciever (50) ensured that her team was in a comfortable position as she hit a fluent half century to keep the Indian bowlers at bay. Heather Knight and co. chased down the target in 18.5 overs, winning the match by four wickets. Left arm spinner Rajeshwari Gayakwad, who opened the bowling for India scalped 3-23 in her four overs and was the pick of the bowlers.
Going one down in the second round, India face the mighty Australians on Saturday in a do or die match at Melbourne. Will Australia shatter India’s hopes of making it to the finals or will India come out all guns blazing? Only time will tell. 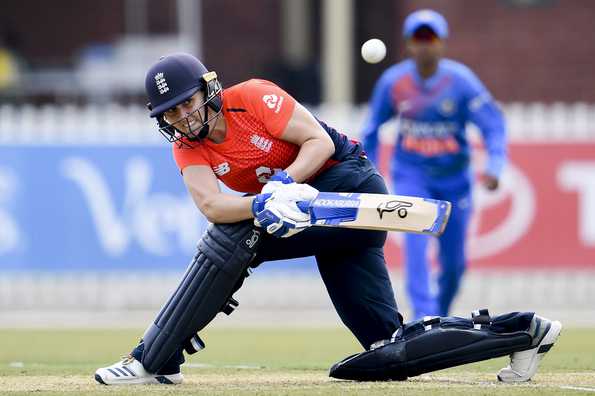