The ICC Women’s World T20 is all set to kick off on February 21 in Australia and the extravagant fortnight affair will conclude with a final being played on the Women’s Day, that is March 8 at the iconic Melbourne Cricket Ground (MCG).
The 10 teams participating the World T20 are divided into two groups; Group A and Group B. Australia, India, New Zealand, Sri Lanka and Bangladesh constitute Group A, whereas England, Pakistan, South Africa, West Indies and Thailand will lock horns against each other in Group B. 10 warm-up games will be played between February 15 and Februray 20.
On January 12, BCCI announced the squad that will travel Down Under to play the World T20. Under the able leadership of Harmanpreet Kaur, the young Indian team, with an average age of just 23 years will look to make the most of the opportunity at hand.
The 15-member squad for Women’s ICC World T20 is as follows: Harmanpreet Kaur (captain), Smriti Mandhana, Shafali Verma, Jemimah Rodriguez, Harleen Deol, Deepti Sharma, Veda Krishnamurthy, Richa Ghosh, Tania Bhatia, Poonam Yadav, Radha Yadav, Rajeshwari Gaikwad, Shikha Pandey, Pooja Vastrakar, Arundhati Reddy.
Compared to the last T20 World Cup that was played in 2018 in West Indies, the team looks more or less the same, with only two new faces; Harleen Deol and Richa Ghosh making their way into the Indian World T20 outfit.
With Mithali Raj and Jhulan Goswami hanging their boots from the T20I, a lot will depend on the likes of Smriti Mandhana and Shikha Pandey, if India has to sail through the knock-out stages.
Looking at the last seven T20 World Cups, India had a topsy-turvy ride. While the Women in Blue made it to the semi-finals 3 (2009, 2010, 2018) out of 6 times, in the remaining 3, they were sent packing in the league stages. India would look to repeat what they did in 2017 in the 50-over World Cup, when they broke the shackles and marched on to set a date with the hosts England in the finals at Lord’s. 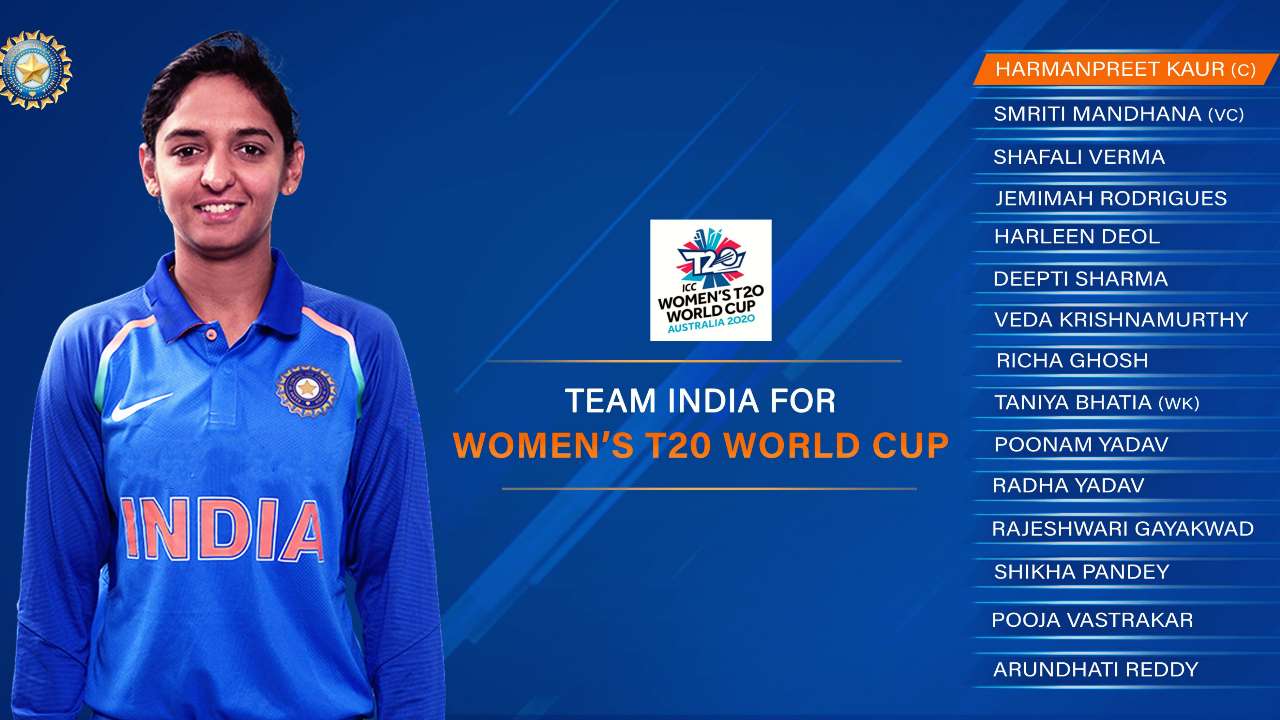 By Juilie Ballal
Juilie has represented Mumbai Women’s team, she is also an IIT Student)