On Sunday, more than the Aussies perhaps the Women in Blue prayed and hoped for their victory as a win over England meant there was a higher chance of India making it to the finals.
In the last match of the league, England did a pretty good job to restrict Australia to an achievable 132-7 in 20 overs. Riding on Beth Mooney’s fluent half century, the hosts managed to go past 130-run mark. Sarah Glenn and Sophie Ecclestone were right on the money most of the times as they picked up two wickets apiece.
With just 133 to get, England would have fancied their chances but the Australians had some other plans. 22 year old Sophie Molineux rattled the English batting order as she struck with 3-19 in her four overs. Giving her good support was Tayla Vlaeminck who picked up 2-18 in her four. England kept losing wickets at regular intervals which did not help their cause. Towards the end, Katherine Brunt (23 not out) and Laura Winfield (23) fought hard but failed to take their team home as they fell short of 16 runs.
The T20I tri-series was just the perfect starter before the ICC World T20 commences on February 21. The final of the tri-series will be played on Wednesday between India and Australia at Melborne. 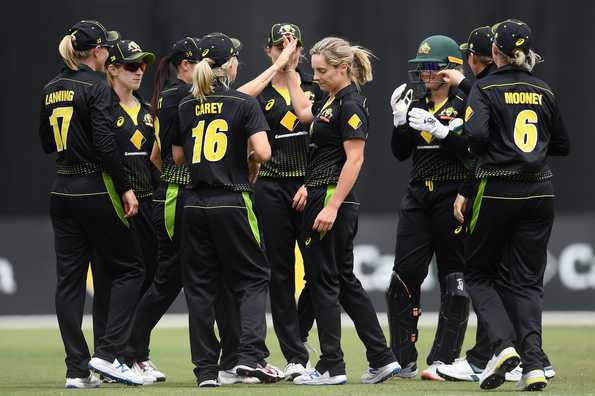